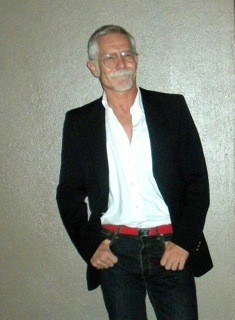 Frank lived in Italy for 23 years where he worked in the Milan Architecture Studio of Master Italian Architect, Aldo Rossi, participated in two projects in the 1985 Venice Biennale of Architecture, as well as writing for the following publications; Panorama, Corriere Della Sera, Casa Vogue, Elle Décor and Fodor’s Guide to Naples and the Amalfi Coast. Frank has been involved in the restoration of historical properties and curated cultural programs in Italian National landmarks. He designed scenery and costumes for a series of traditional Greek Tragedies in the setting of Italian archeological sites and served as the Director of External Relations for the Palazzo Intelligente Foundation in Palermo and Beirut. Frank’s prowess for hosting parties left an indelible mark on the Italian landscape.

Returning to the States to be close to his family, Frank’s renaissance personality engages him in various ventures including; acting as the Curator of the Orensanz Arts Foundation, NYC, serving on the board of trustees for the Meadowlands Museum, Design, History & Restoration work and exhibiting contemporary artists. Currently, Frank is working on his own series of artwork aptly named, “The Grand Tour”. He can also be found lecturing on architecture and local history at various venues in the Tri-State area. Frank has recently exhibited the works of Aldo Rossi’s drawings, presenting a lecture to the public for the 2013 New York Armory.

Fellsbridge Studio LLC’s formation culminated in the collaborative efforts of both Frank and Paul’s extensive backgrounds in Architecture, Design, History & Restoration, Event Planning and Property Management. Their combined savoir-faire when it comes to knowing what people like and expect is remarkable. Fellsbridge Studio LLC is at your service in more ways than one………….